Ever since Bitcoin became available to the general public in 2009, speculation on its potential success has lingered. Until a few years ago, there wasn’t much research done on it’s future potential, or if there was, the sources were bias and unreliable.

Luckily, some major crypto and stats websites like CoinDance, CoinMarketCap, Statista, etc, started compiling insightful data on the topic that we’ll share with you today.

Regardless of whether you have a lot of burning questions surrounding Bitcoin or you feel like you know everything on the topic, some of our carefully selected Bitcoin statistics will blow your mind!

According to Coin Dance, Bitcoin is currently unrestricted in 128 out of 257 countries or regions. As shown on the map, Bitcoin is restricted primarily in Asian countries like China, Egypt, India, Nepal, Qatar, and Zambia, Morocco, and American Samoa.

It’s completely illegal in South Asia in Afghanistan and Bangladesh, then Saudi Arabia, Vietnam, Algeria, Bolivia, and the Republic of North Macedonia. 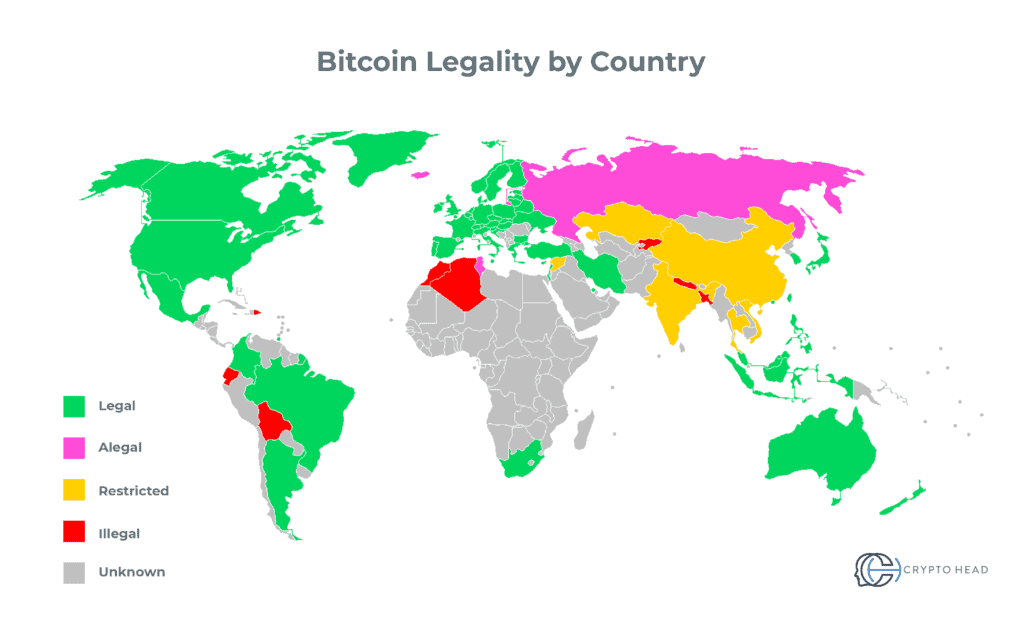 If we were to trace Bitcoin’s popularity historically, by looking at the Google Trends chart, we can see that Bitcoin reached its peak in December 2017 in terms of search volume. This was followed by a gradual decline until June 2019 when a slight rise in searches was noticed.

These search volume results are proportional to both the coin’s price fluctuations and market capitalization. On December 17, 2017, Bitcoin reached its all-time high of $19,891 and a market cap of $334 billion.

The Coin Dance site tracks all kinds of Bitcoin-related metrics. One such chart tracks the most popular interests of the Bitcoin community with data gathered by Google Analytics who analyze the websites where Bitcoin users were most active.

The results give us the following interest categories, on a scale from 0 to 10%: 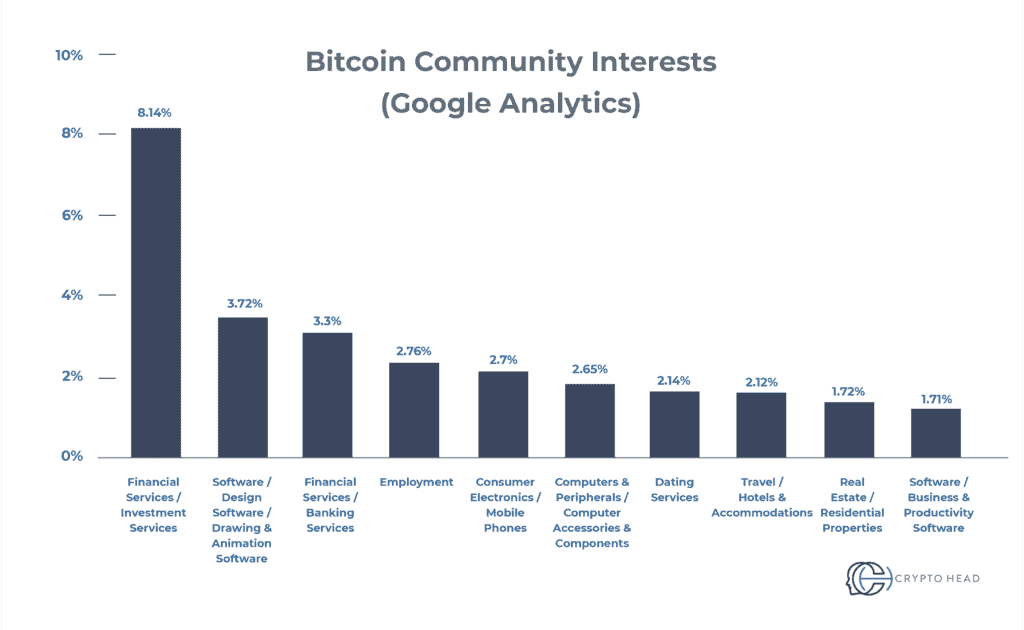 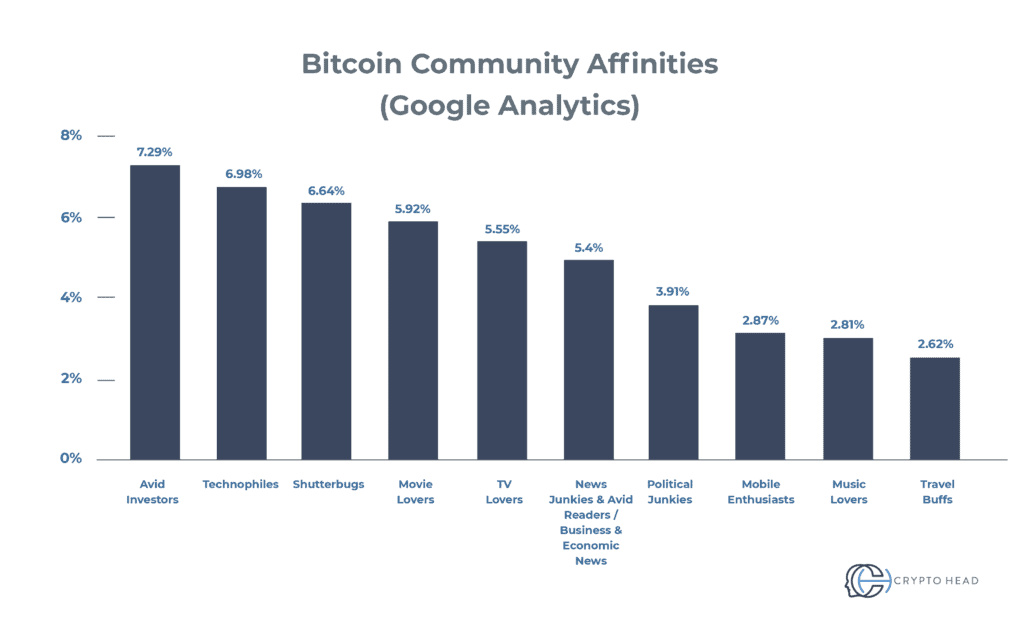 Moreover, their research shows that Bitcoin is by far more popular with the male audience compared to the female. The gender engagement chart shows that 87.72% of Bitcoin users are men, with only 12.28% female users. 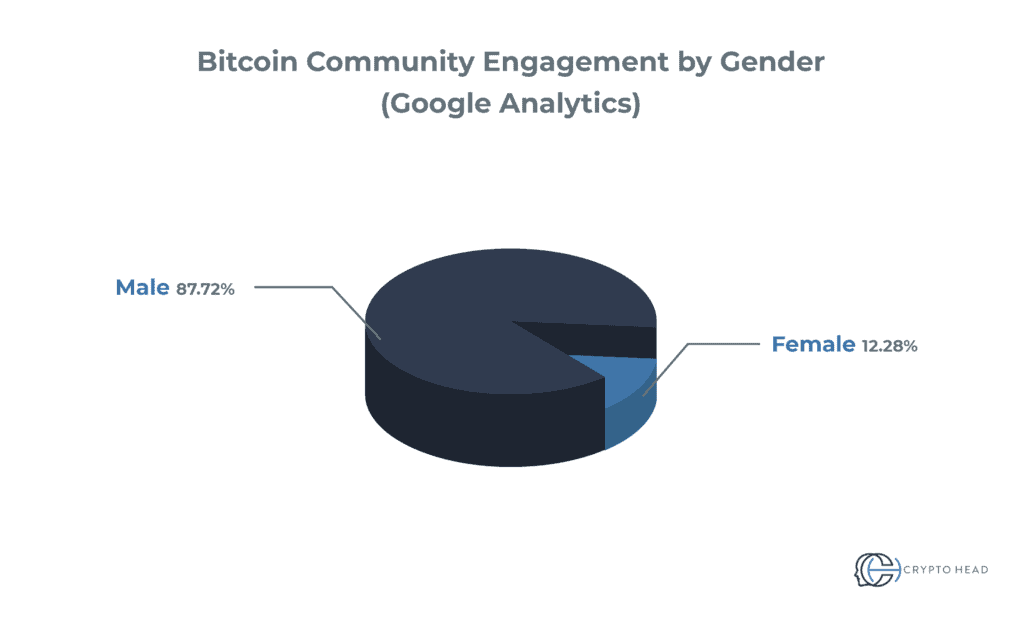 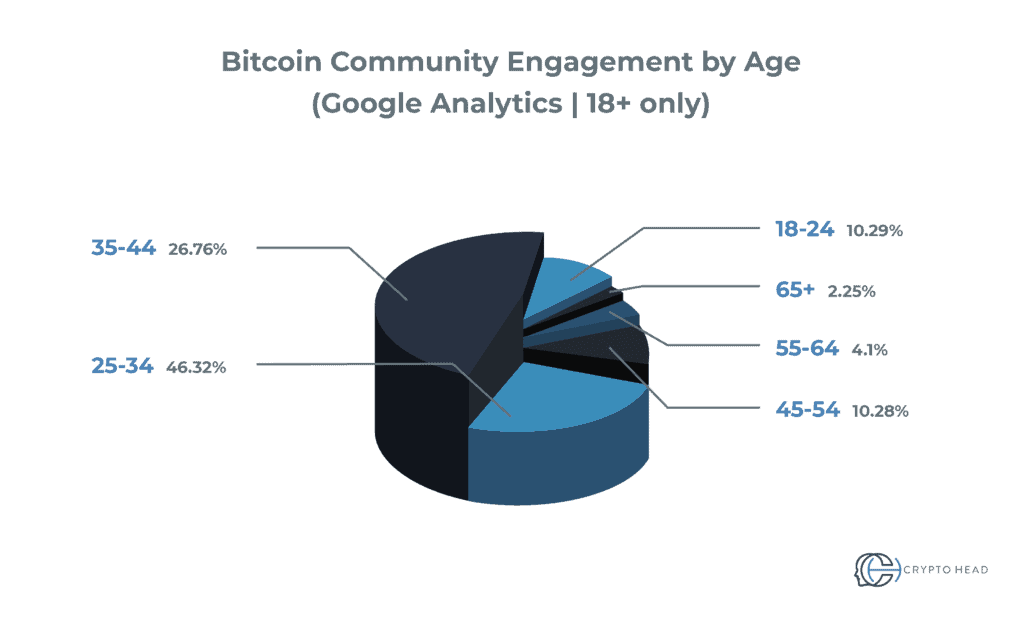 The Bitcoin miners often pool their computer resources together over one network and create a mining pool. This way, they can generate more power, mine more coins, and then split the reward equally. According to Statista, in 2018, 44% of all Bitcoin mining pools were located in the Asia-Pacific region. 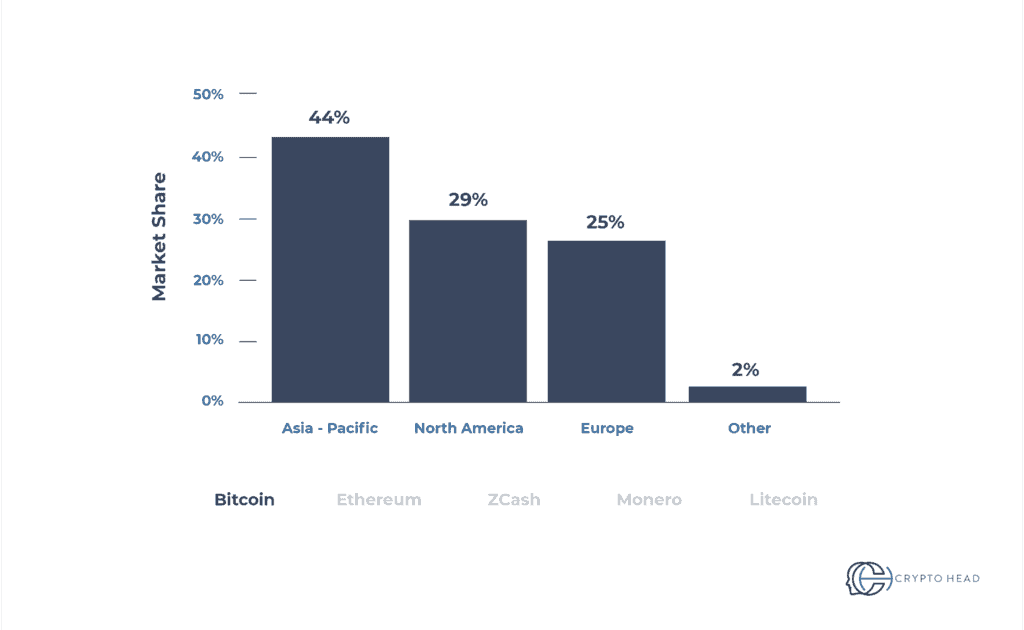 The number of Bitcoin investors, traders, and crypto enthusiasts has been on the rise in recent years, thus spurring greater demand for Bitcoin wallets.

Before, there used to be more standalone third-party wallets, but nowadays, traders find it more convenient to use a trading platform or brokerage service that offers Bitcoin wallet as well, instead of rotating multiple platforms.

The Bitcoin team has collected data from 23 most popular Bitcoin wallet providers, i.e. providers with an active user-base and found out that there are over 12 million Bitcoin wallets worldwide. From the chart below, we see that out of these wallets, 4.57 million belong to Blockchain, 4.1 million to Coinbase, and 1.51 million to Multibit.

However, Bitcoin believes that the number is much bigger as some of the data from these providers were outdated or partial. 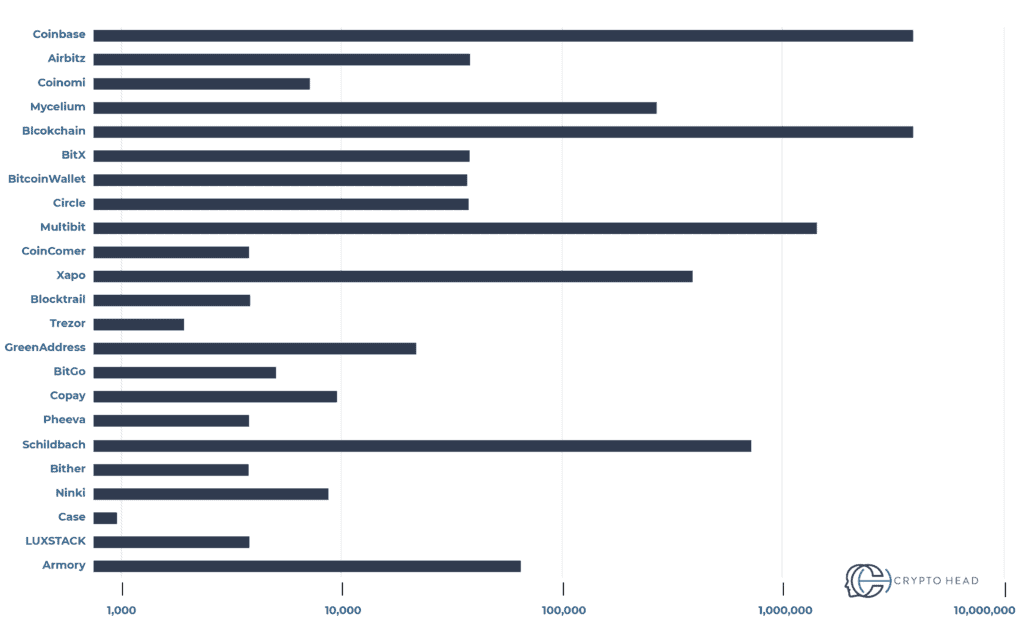 Bitcoin’s blockchain is open to the public so anyone can find out what the richest Bitcoin addresses are. Although you can’t discover their personal identity, you can still see their balance.