Proof of Work vs Proof of Stake

If you’re a true crypto enthusiast, you must have heard about the proof of work versus proof of stake debate. If not, don’t worry, we’ll explain each of these systems separately before we compare their performances and choose a winner.

But why are they so important and what exactly are they? Proof of work (PoW) and proof of stake (PoS) are both called consensus mechanisms and are employed by different types of blockchains for added security.

This is different from centralized systems that have a central administrator who organizes and updates the database. No one besides them can access the stored data. Blockchains, on the other hand, are public and decentralized which means that instead of a central authority it’s the peer-to-peer network that validates transactions and mines blocks of data.

To make sure this is done in a genuine, reliable, and secure manner, blockchains need proper consensus mechanisms. These mechanisms are computational algorithms that consist of rules that participants should follow to be part of the blockchain and which help them agree with one another when a transaction is valid and should be added to the blockchain.

Although PoW and PoS aren’t the only consensus mechanisms, they’re by far the most popular ones. Like any other system, however, they have their downsides too.

Keep reading our guide to find out more! 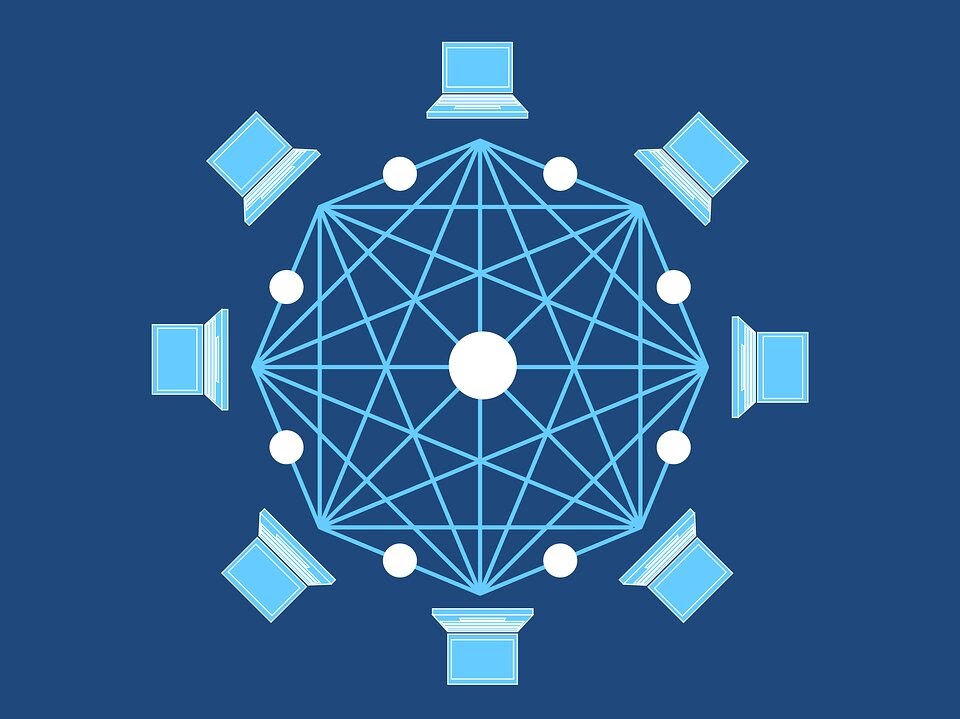 The CPU power proof-of-work vote must have the final say. – Satoshi Nakamoto, in a reply to Hal Finney’s email

In 2008, when Satoshi Nakamoto published the Bitcoin white paper, one of the many innovations that he brought into his payment system was the proof of work consensus mechanism based in part on Adam Back’s Hashcash. Being the first and most popular blockchain ever, Bitcoin helped popularize PoW as well.

How does PoW work? The participants on the blockchain network, known as validators or miners, have to solve a very complex mathematical problem to validate the incoming transactions and mine the next block. The way to solve it is to run the data through a hash or cryptographic function such as the SHA-256 hash algorithm used by the Bitcoin blockchain which outputs a 32-byte hash value.

Miners are racing to compute a hash value that when hashed with SHA-256 begins with the required number of zero bits. This is done multiple times since each attempt produces a different hash value. The number of hash attempts per second is known as a hash rate. Every new block contains the hash value of the previous one, eliminating the risk of double-spending.

Once the miner finds the solution, he creates a new block that contains the hash of the previous one, the timestamp, and transactions. Then he broadcasts it to the whole network and waits for other miners to validate it. The block is legitimate if other miners continue to add up to it and extend the chain. If a chain splits, the longer one is always more reliable since there was more work done on it.

If anyone makes any changes to the block, they would have to change all those that come after it because of the hash. That someone would need an immense amount of computational power to challenge the whole network.

We must admit that miners are doing an arduous job solving these complex puzzles. As a reward, they earn bitcoins and a small transaction fee. That’s why more and more enthusiasts join the blockchain. However, on the Bitcoin blockchain, a new block is generated every 10 minutes regardless of the number of miners. This is regulated with the mining difficulty whose value changes every 2,016 blocks.

Besides Bitcoin, other blockchains that use PoW are Ethereum, Bitcoin Cash, Bitcoin SV, Litecoin, Monero, Zcash, Decreed and more.

When the Bitcoin paper was published, many were skeptical the PoW system would work. Nakamoto used a practical example to explain how PoW can actually solve potential server inconsistencies known as Byzantine Generals’ Problem.

Imagine there’s a group of unruly Byzantine Generals that are planning a brute-force attack on the King’s wi-fi. Each of them has a computer so their idea is to stimulate the network and generate a packet, after which they have limited time to crack the password and delete the logs before someone discovers what they’re doing.

Only if the majority of them attack the network at the same time, they’ll have enough CPU power to crack it fast enough. There’s no set time for the attack but whoever feels ready can announce a particular time. The only problem is that due to network inconsistencies if two generals propose a similar attack time, some might hear one first and others hear the other first.

After two hours, one attack time should be hashed by a chain of 12 proofs-of-work. Every general, just by verifying the difficulty of the proof-of-work chain, can estimate how much parallel CPU power per hour was expended on it and see that it must have required the majority of the computers to produce that much proof-of-work in the allotted time. They had to all have seen it because the proof-of-work is proof that they worked on it. If the CPU power exhibited by the proof-of-work chain is sufficient to crack the password, they can safely attack at the agreed time.

The proof of stake consensus mechanism was put forward by Scott Nadal and Sunny King in 2012 as an alternative to PoW whose downsides (explained in the following section) were starting to bother crypto investors. Let’s see how it works.

A blockchain that uses proof of stake mechanism is run by validators whose only prerequisite is to hold the blockchain’s native currency. To start verifying transactions, the user puts their coins into a special digital wallet, i.e. they put up a stake. Most of the wallets require validators to meet a certain stake minimum.

When placing your staked coins into a bound wallet you agree that they would be locked for a set period of time which is how the PoS mechanism protects itself from fraudulent activity. Anyone who tries to harm the blockchain network is actually risking to lose all the investment.

Validators don’t mine the coins themselves, they’re already created on the network. As a result, there’s no need to spend an unreasonable amount of energy and computational power.

The PoS protocol randomly chooses a validator based on how much coins he/she owns, instead of issuing a race between validators like PoW does. For example, if someone owns 5% of all bitcoins, they will be allowed to verify 5% of all transactions on the Bitcoin blockchain.

Unlike PoW where miners earn coins for running the blockchain, PoS systems function on the basis of rewarding validators with transaction fees only. This type of system is preferred by BlackCoin, NEO, QTUM, Peercoin, Nxt Coin, OkkPIVX, OkCash, Reddcoin, NAV Coin, Stratis and more.

The “Nothing at Stake” Problem

The emergence of PoS was welcomed by the largest part of the crypto community. However, there were also those who thought that owning the native currency of the blockchain in question and having a stake in the network wasn’t enough to guarantee that validators would do their job genuinely.

They speculated that nothing stops validators from validating on different chains at the same time because in that case, they would inevitably collect the transaction fees from the chain that would end up winning. This is known as the nothing at stake problem or theory.

If this thing happens, the whole consensus process will be disrupted and the blockchain would be more vulnerable to double-spending. To prevent this type of selfish behavior, future PoS models intend to penalize validators by taking a portion of their coins away.

Proof of Work vs Proof of Stake

Now that we know the basics of how these two mechanisms work, let’s discuss some of the key problems with PoW and compare and contrast them with PoS. Surely there must be a good reason why some of the major blockchains like Ethereum consider switching to PoS in the future.

On PoW blockchains, miners who have more advanced mining hardware have better chances of solving the puzzle and earning the reward since they can generate more computational power. This is discouraging for miners who don’t have the possibility to purchase expensive mining rigs because they know from the start mining’s going to be unprofitable for them.

Moreover, this has encouraged a number of centralized organizations to invest millions of dollars in mining hardware and form huge mining pools. The end result is PoW blockchains becoming more centralized. For example, China alone is home to four of the five largest bitcoin mining pools including Poolin, BTC.com, F2Pool, and Antpool.

On the other hand, the PoS mechanism doesn’t allow a group of validators to dominate over the rest of the network with joint forces but distributes the work across the whole network. 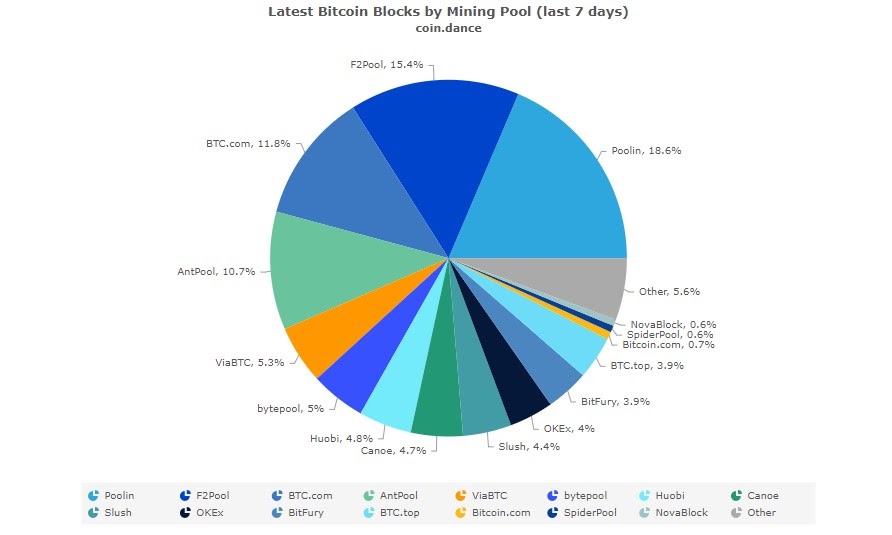 The cryptographic puzzle that miners have to solve on the Bitcoin blockchain is extremely difficult and consumes a lot of energy. According to The Economist, Bitcoin alone consumes 22 TWh every year, which almost equals the annual amount of energy spent by Ireland. The same thing happens with Ethereum and other PoW blockchains.

It’s no wonder that the largest mining pools are in China where electricity isn’t that expensive.

Validators working on PoS models don’t have to solve complex algorithms and expend their computational power which makes their costs substantially lower.

A 51% attack refers to any attempt by an individual or group of people at gaining control over more than half of the hash rate, or the mining power required to validate transactions on a given blockchain network.

In a PoW blockchain, this is the only way that someone can make changes to a block of data or double-spend coins. The bigger the mining power, the harder it is to succeed in a 51% attack.

This is exactly what happened on the Verge blockchain, in April 2018, when a hacker successfully performed a 51% attack and got away with 250,000 XVG – Verge’s native currency. At the time, the value of this sum amounted to $1.7 million!

But what happens when a blockchain uses the PoS consensus mechanism? These 51% attacks are rendered illogical and almost impossible. The hacker would have to own at least 51% of all the existing cryptocurrencies on the network. For this, on well-established blockchains, they would need an unfathomable amount of money. We’re talking about billions of dollars!

Also, even if you start purchasing all the tokens, this will result in a massive increase in the price and make the attack more expensive. And for what? In the end, that person would surely end up losing all of the staked money.

James is the main editor. With a passion for finance and anything blockchain, cryptocurrency is right up his alley. He’s responsible for most of the content on the site, trying his best to keep everything up to date and as informative as possible.