Alright, so you want to buy some Bitcoin. First things first, a quick crash course on buying crypto in general.

Cryptocurrencies are bought through exchanges. Exchanges are platforms you need to sign up for (like forums/apps or any other website with user accounts). Once you’ve signed up, you can log in, deposit credits/money (preferably CAD) into your account. And then you can use that money to buy cryptocurrencies on the platform/exchange.

Buying Litecoin in Canada has become pretty easy since Bitbuy came onto the crypto scene. Just sign up, verify your account, and buy LTC with your CAD.

How To Buy Litecoin in Canada

Bitbuy is our go-to for trading the main cryptocurrencies in Canada (BTC, ETH, XRP, LTC, BCH). It’s the most trustworthy exchange available , and is easy for beginners looking to buy, sell and trade digital currencies. Bitbuy also has a Pro trading platform for more advanced traders. 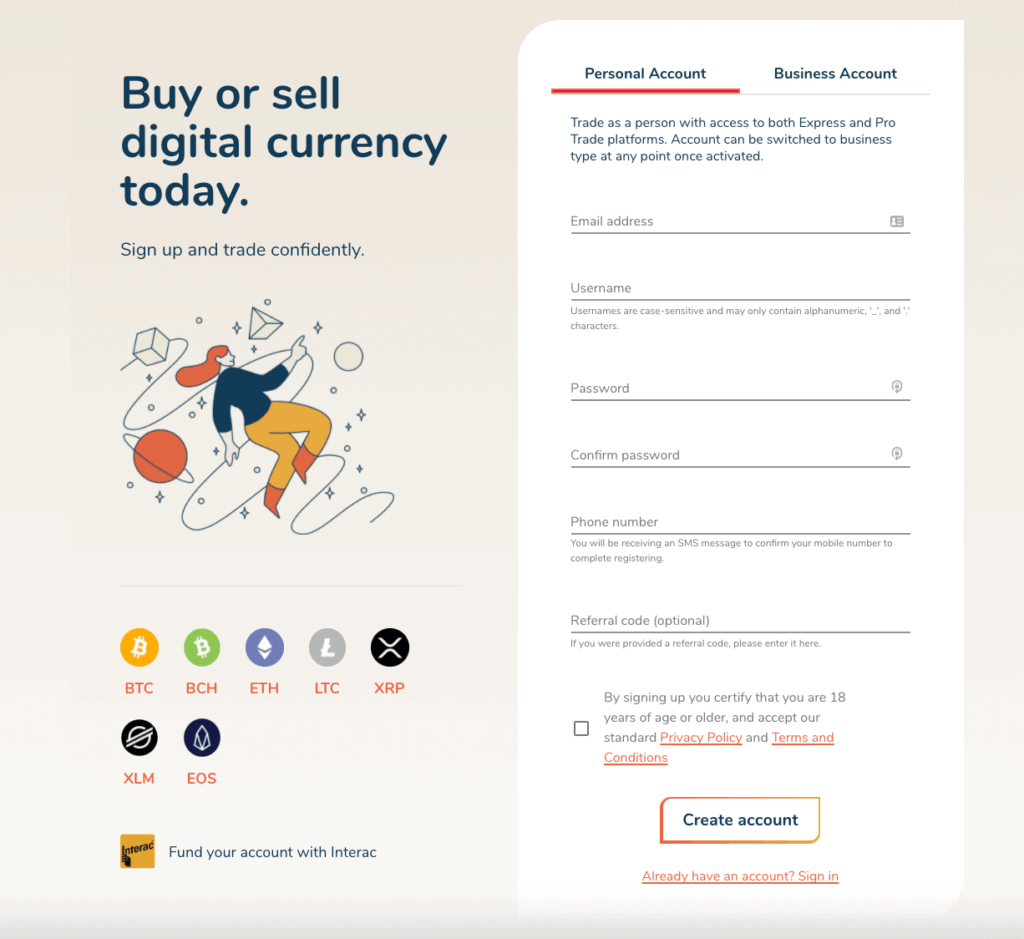 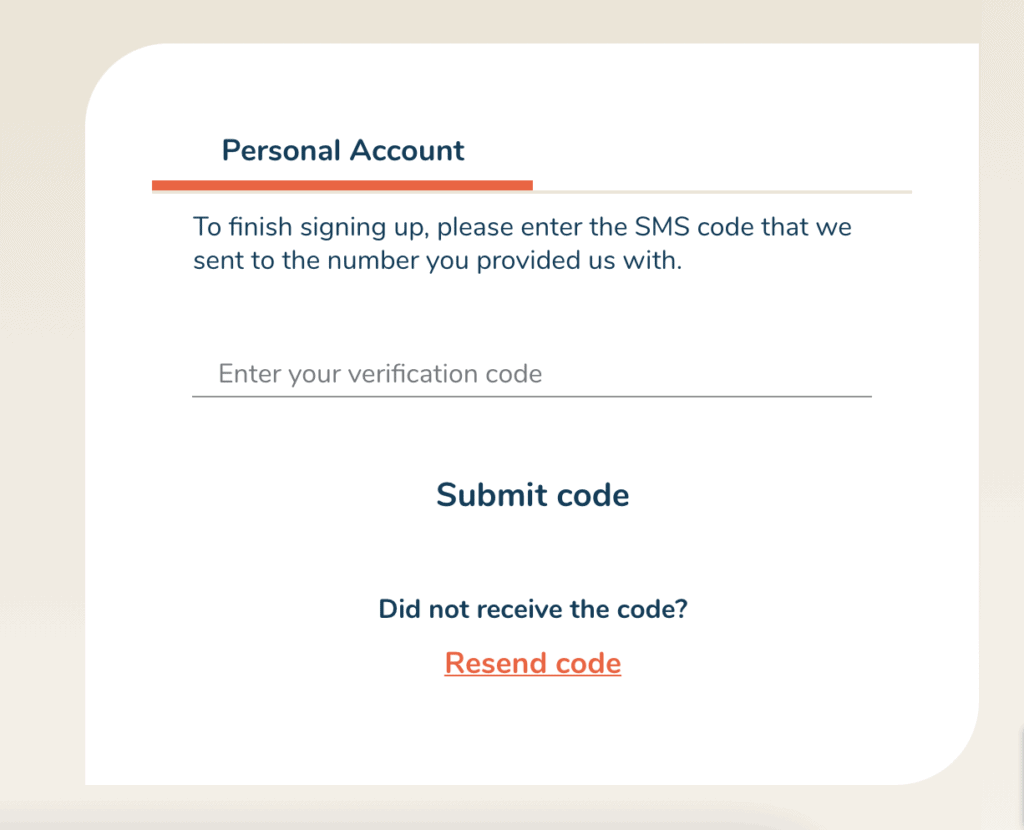 Once you have signed up and set up your mobile 2FA, log back into your account and start the verification process. Bitbuy requires you to verify your identity in order to adhere to Canadian cryptocurrency laws. There is an automated verification system that will check your information against a database. If they are unable to find you, you will need to submit additional documents manually. 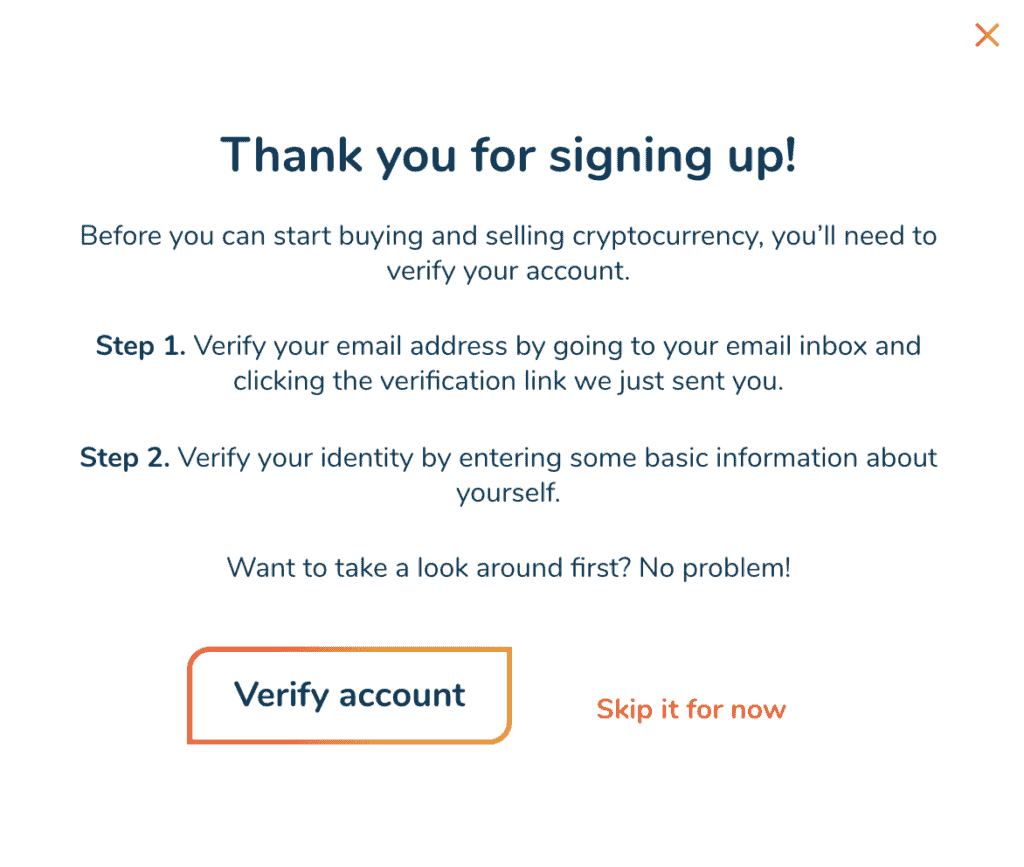 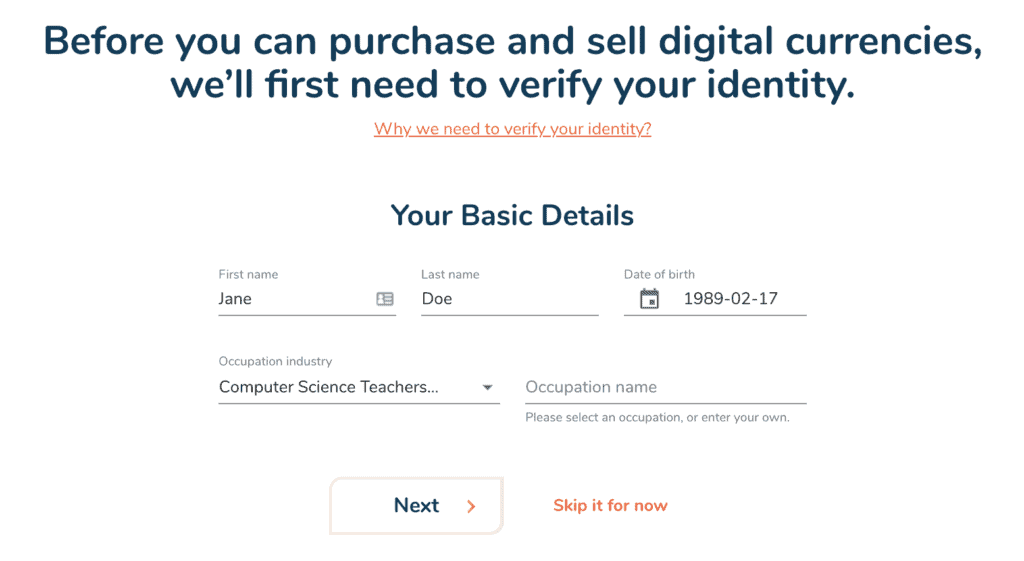 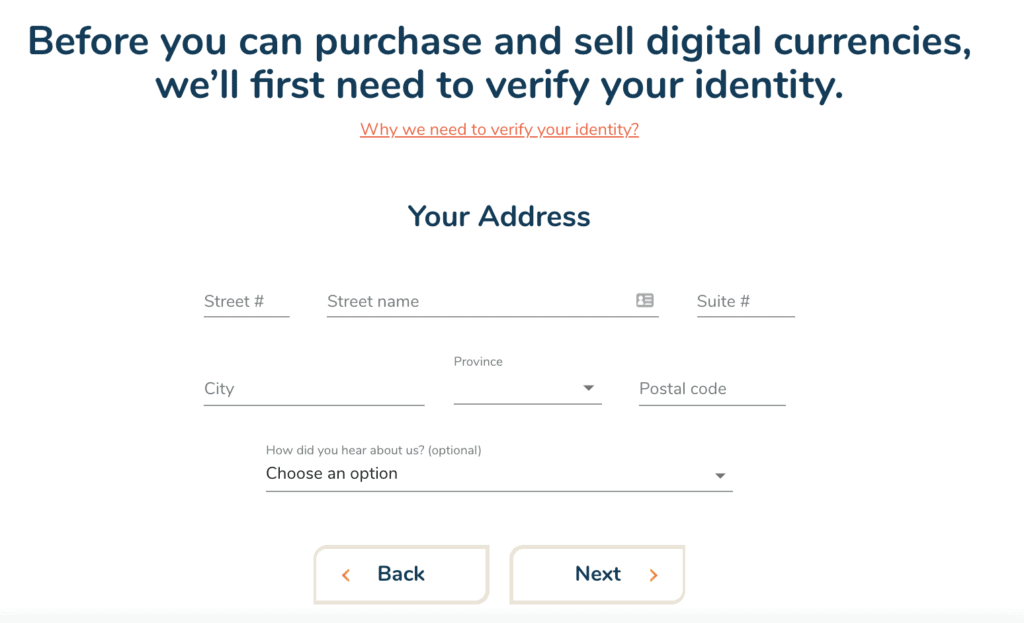 If not automatically verified (for ex. if you recently came to Canada or relocated to another province), manual verification is required: 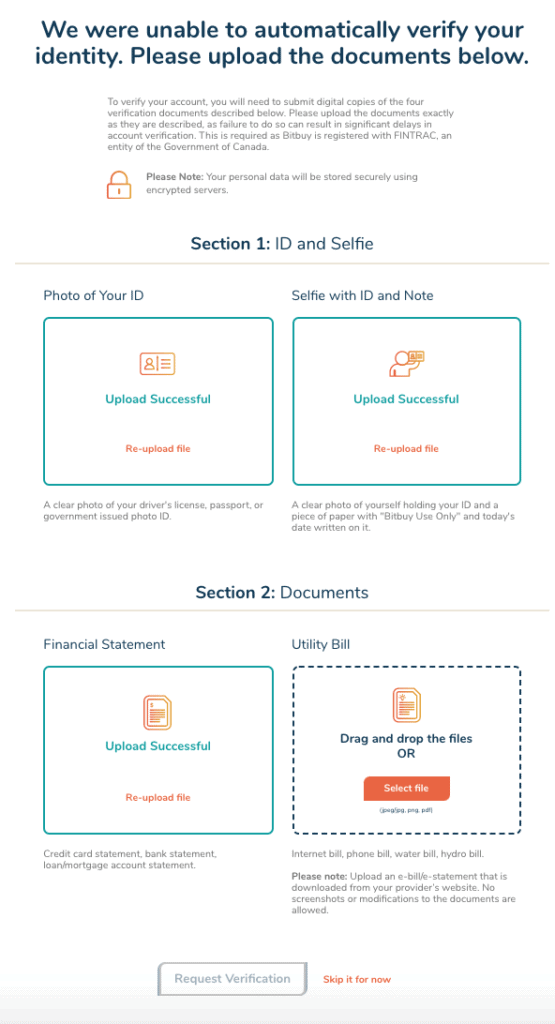 Once you are verified, go back to your dashboard and click “Add Canadian Dollars” then choose your preferred funding method.

You need to get verified to fund your account with CAD or USD.

Once you’ve funded your account with CAD, you’re set to buy some crypto.
Bitbuy has Bitcoin, Ethereum, Bitcoin Cash, Litecoin and XRP (Ripple) available. Buy crypto from the main homescreen by clicking on “buy” beside the coin you would like to buy, or open the Bitbuy Pro trading platform to trade crypto to crypto or buy and sell using limit orders and advanced charting. 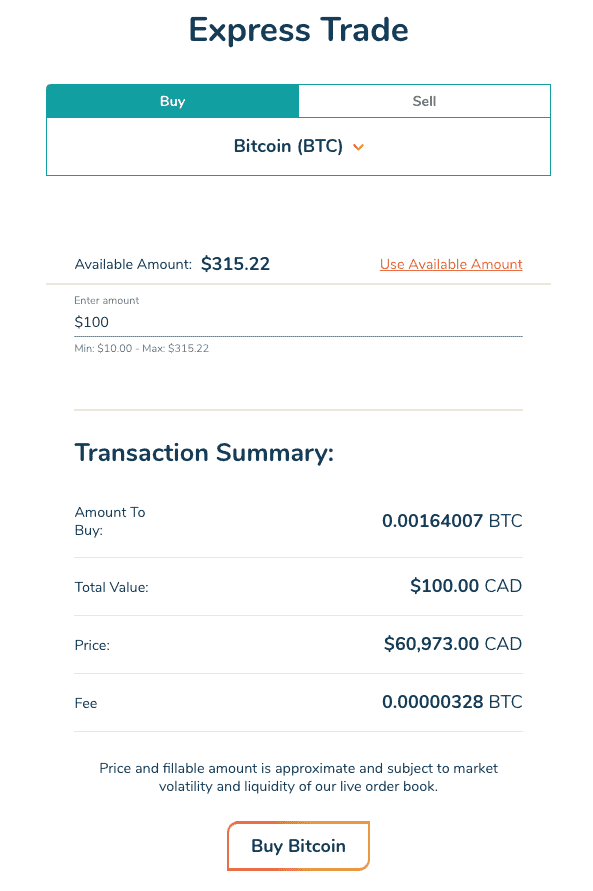 We reviewed all of the exchanges available to Canadians and we highly suggest using Bitbuy. It far surpasses the other exchanges as the best option due to it's customized platform and ease of use.

Bitbuy is by far our most recommended exchange for Canadians. Their platform is incredibly easy to use and allows you to buy Cryptocurrencies with CAD. They have consistently been working on creating a great user experience and well known to be the must trusted exchange by Canadians.

Litecoin: Everything You Need to Know

Have you heard all the hype about cryptocurrency and found yourself wondering what it’s all about? Have you thought about if it is right for you to invest in the market now while it’s hot?

If so, you’re not alone – ever since the surge of popularity from Bitcoin when so many people made it big on that form of cryptocurrency, many people have become interested in investing in cryptocurrencies across the board.

Among the many types of cryptocurrencies, Bitcoin is probably the most recognizable, but at the moment, its market value is also the highest, making it difficult for the average person to invest. Fortunately, there are other cryptocurrencies out there. One of the cryptocurrencies that has promising potential is Litecoin.

Have you been wondering if Litecoin is the right way for you to make your entrance onto the crypto scene? Whether you have heard of Litecoin and know a lot about it, or have recently stumbled upon it and are trying to decide if it’s the cryptocurrency you have been looking for to invest in, we have everything you need to know to make a fully informed decision.

While most people by this time have heard of cryptocurrency, especially the ever-popular Bitcoin, Litecoin is not nearly as commonly used of a term. As a result, if you’re looking for alternative forms of cryptocurrency to invest in and get in on early, then you may or may not have heard of Litecoin. Of course, not having heard of it might just be a good sign – it means that it’s not too late to jump in on the train before it is too costly to do so, as is the case with Bitcoin.

Litecoin is a globally successful altcoin that has been modeled after the decentralized blockchain technology used in Bitcoin. It operates on a peer-2-peer based system. The benefit of this is that it provides users with nearly instant transactions with almost no expenses to do so! Litecoin is a worldwide cryptocurrency and is in the top 5 of the entire industry.

Litecoin was created by a man named Charlie Lee, who has aimed Litecoin towards those who are making purchases and payments on a daily basis. To contrast, Bitcoin is intended more as a stored value. Litecoin does not share Bitcoin’s level of security, but instead allows transactions to be made quickly and at a fraction of the cost. Litecoin is developed to offer a service to a particular niche: those who want to use digital currency on a daily basis, while keeping Bitcoin to store the currency before choosing to use it.

Litecoin is ideal for anyone in search of an open-sourced, worldwide payment system. With a quicker block generation than Bitcoin offers, Litecoin allows for rapid utilization. Users can think of this like gold and silver. Previously, silver was used for trade, purchasing services and goods, while gold would also be kept and stored for raising its value. Litecoin and Bitcoin together can be used in much the same way.

Litecoin: Past and Future

The reason that so many people favor Litecoin over other cryptocurrency methods is its lightning fast transaction confirmations. It also features enhanced storage capabilities. Litecoin also happens to be the number one currency in the industry that is based on math as of right now.

Many people think of Litecoin as the next Bitcoin – but that is not the case at all. Rather, Litecoin’s goal is to complement what has become the world’s fastest growing digital currency. Litecoin considers itself to be the silver to Bitcoin’s gold. Litecoin has proven on countless occasions that it is a sufficient, proven, and reliable medium of ecommerce. As a result, it’s gaining a lot of traction and shows a lot of promise – but where will it go from here?

Litecoin’s goals are setting the tone for atomic swaps. With developments all over the world having been made ready to enable swaps based in Litecoin, many transactions have already been achieved. Litecoin is also developing technology in MAST, which will allow lump transfers to be made via Merkle root. Finally, Litecoin is forming covenants, which are designed to play a deciding role in the entire ecosystem from this point forward. Essentially, this is going to provide users with the capabilities to keep their coins locked up together, preventing them from getting mixed up or jumbled.

Litecoin has a unique view on the world of cryptocurrency – one that many digital currency investors admire and believe in. This makes them want to back the currency by investing in it, which is part of what has made it so successful thus far. But, right now, it looks like Litecoin is only just beginning on its journey towards greatness.

Like any investment, Litecoin has its pros and cons. If you’re still on the fence about whether or not it is the right investment for you, these are the basics you need to keep in mind:

As you can see, there are tons of reasons why Litecoin is a sound investment potion – which certainly explains why so many people have flocked towards it, effectively making it one of the top 5 options in terms of cryptocurrency. If you happened to be fortunate enough to get in on Bitcoin, then that’s certainly a value-based currency that you don’t want to spend on just anything. That’s where Litecoin comes in. If you want to use cryptocurrency in your daily purchases and transactions, there are few better ways to accomplish such a feat. So what are you waiting for? Get into the silver of the cryptocurrency world by investing in Litecoin today (or one of the others like Ethereum, Bitcoin, NEO, Ripple, etc)!